Some of the makers of Lumpen were invited to some festivals in Europe.
Here is a quick little photo tour of some of our stops in The Netherlands and Germany.

On May 4 we arrived in Oberhausen for the International Short Film Festival Oberhausen. We met some great kids like Caspar, Gabrielle and Jan. All filmmakers from across the world. The festival hosts gave us a great hotel at the NH Oberhasusen. 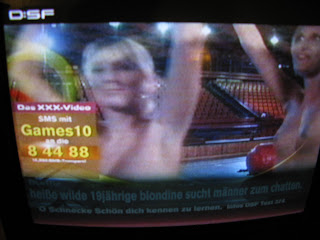 We noticed that German Tv has lots of nudy tv shows on at nite. 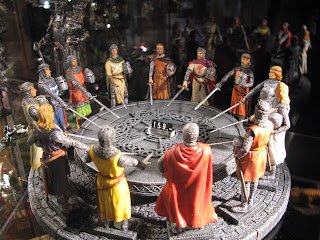 We decided to take a break from the festival and we went to try to see this big factory monument site-seeing trap... but instead we wound up at the mall and found these awesome king Arthur figs. 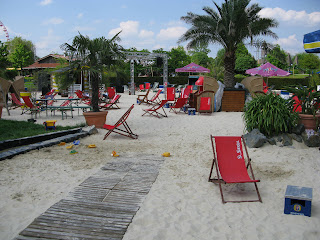 here is a surreal beach bar in the biggest mall of europe . It's called Circle O and it is in Oberhausen, Germany and it freaked us out. 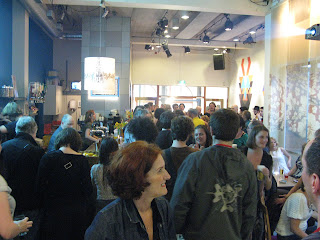 We booked over to the Impakt festival opening in Utrecht May 7 for a panel regarding the Future of Festivals. We were invited to talk about Version and Select and all the other stuff we do. We got there just in time.. 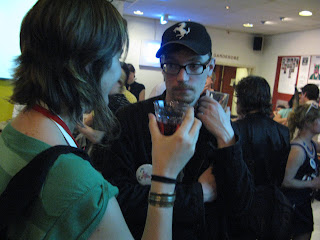 Lots of friends stopped by> Here is filmmaker Jan De Bruin. He was just in Chicago a few weeks ago at Version>08. Seemed totally natural to us to see him a few weeks later in Utrecht. 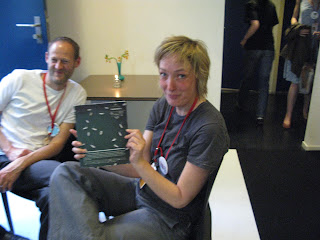 Our old buddy Annette holds the first Proximity mag to be read in Holland. 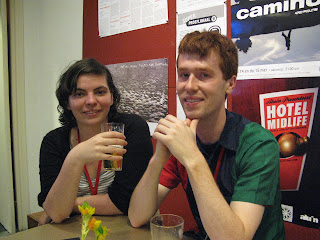 We met these fine folks from the former New York Underground Film Festival. Kevin and Nellie. They are going to start doing a festival called Migrating Forms. 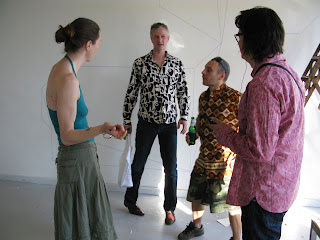 We hooked up with Annemiek and Peyter of De Player in Rotterdam after a horror of train trip and then we called The Jeroens. They picked us up and took us on an action packed tour of Art spaces and studios in Holland. Here we are in a studio at the Bad space. They have an entire grammar School with residencies and studios and garden and a lot of possibilities... The tour requires an entire post about the spaces. We are going to feature this stuff in the next issue of Proximity... 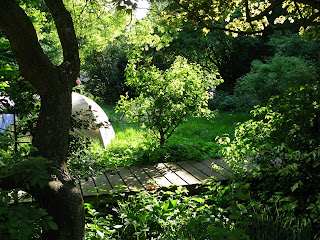 In the garden of the 'BAD" artist studio / community in Rotterdam, during our space tour. 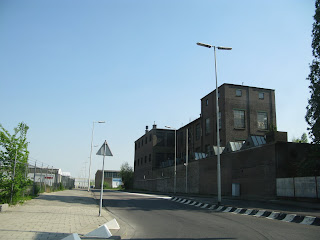 We left Rotterdam and went back to Utrecht for the festival. We met our buddy patrick Hendrickse..

Patrick and Rachael Marszewski found themselves running into Dutch artist Jeroen Koester at a Utrecht gallery. 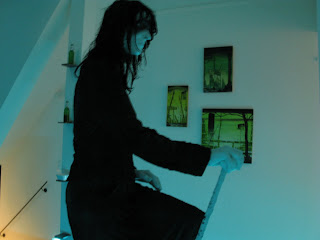 The next day we went back to amsterdam and wen to Art Pie.
Am gonna skip the art pie and just show some pics of the De Player show that nite. 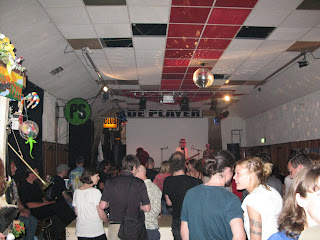 Saturday May 10th at De Player club in Rotterdam 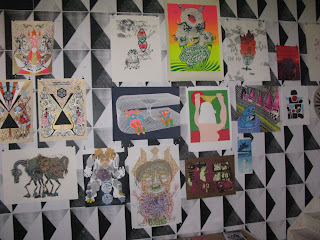 Radar Eyes Prints were shown at the club.

y, shit, I wish i had known. I would have meet you guys and / or set up some stop-over for you in Switzerland. Don't forget that next time!
MSB