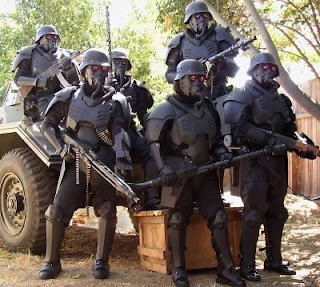 On Thursday April 17 Join us at Country Club Gallery for the Space 1026 Group show!
Location: 1100 N Damen Ave
Hours: 6pm - 11pm
FREE
( there is a secret after party with Mahjongg and others.)

Version is the most important time of the year for many of us at the C-PS., Lumpen, etc.. We dedicate a lot of time and effort in bringing the future of the art worlds to the city of Chicago. We hope you will join us these next few weeks to experience some of what you will become more familiar with in years to come. It's our labor of love. We want to share it with you.

On opening nite Philly- based Space 1026 ( http://space1026.com/) artists create an installation of prints along with a collaborative element of an exquisite corpse canvas. They come armed with screens for a live silkscreen event on-site. Bring a shirt or whatever you want silk screened.

There will also be some live music by Philly bands.

Friday April 18 is a the huge art happening Dark Matter Group show in Bridgeport, the Community of the Future at Co-Prosperity Sphere (3219 S Morgan St)

On Saturday And Sunday we host our version of an art fair meets science fair : the NFO XPO.
We think of it as a DIY trade show for experimental art and action. And it happens for two days from 1pm to 2 or 3am each nite.. Meet groups and artist collectives from all over the US and the world. Check out awesome speakers, Watch some great videos, and feel the live music.

visit the site to to figure it all out.. http://www.versionfest.org

Do not miss this opening weekend program. we guarantee it will be worth your time.


if you do miss an event or exhibition and want to keep track of what is happening check out the Version>08 blog. we will offer tips to navigate the festival, photos, and links to what others are saying about the festival and other stuff..
http://version08darkmatter.blogspot.com/

Posted by Public Media Institute at 1:32 AM No comments:

friends -
i would like to invite you to a show at the flowershoppe (2159 w. 21st
pl.) for an evening of musical entertainment....

--
Posted by Public Media Institute at 8:44 PM No comments: 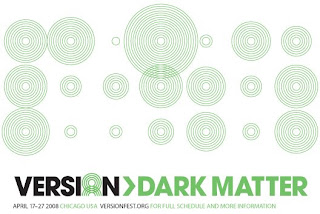 Our annual convergence is about to begin. please take a gander at the festival website.

The April 18, Dark Matter Group show features a lot of work inspired by Greg Sholette's essay re: dark matter. read some of his work here. Photos of some of the work can be found at this flickr link.

April 19 and 20 are the dates for the NFO XPO an awesome DIY art fair and freakfest. A list of participants from around the world can be found here>

hope to see ya.
Posted by Public Media Institute at 11:13 PM No comments: 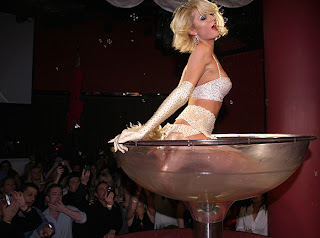 In honor of Gary Gygax, the inventor of Dungeons & Dragons who passed away last month, we've assembled a gallery of famous people as if they were AD&D characters.

At the beginning of an AD&D game, players roll dice to determine the strengths and weaknesses of their characters. If they are a strong, chaotic good fighter (but profoundly unintelligent), it's bad form to use brilliant and honorable tactics on the battlefield. Instead, they should fight dirty and smash everything in sight. 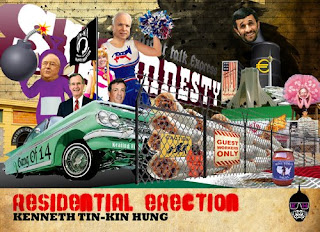 supercholo Kenneth Hung of tinkin.com has a new show up at postmasters galllery in chelsea.
April 5, 2008.
check it out.

Born in Hong Kong and now living in New York Kenneth Tin-Kin Hung creates explosive political spectacles in a form of dense, psychedelically flavored video animations, sculptures and digital collages. Today's headlines are tomorrow's history. The raw materials for Hung's work are everyday news of wars, religious conflicts, natural disasters, dirty politics, climate change, and global and local economy. Postmasters' exhibition is devoted to 2008 US Presidential Election and its unprecedented place at the intersection of politics, popular culture and media manipulation of the political process. At the center of "Residential Erection" is short, action-packed video animation retelling and contextualizing the election and two monumental pop-up book structures depicting the fields of Democratic and Republican candidates. The precisely researched video hits hard at the hypocrisy of political rhetoric of recent years, and the troubled State of the Union. As hilarious as it is scary, it merges internet-scavenged imagery and original animation with pop graphics to create factual or semi-fictional relationships between the familiar political figures, corporations, and mass media iconography.

At risk of giving away the ending:

FINAL SCENE- MEDIA, PATRIOT ACT AND WASHINGTON MONUMENT A man is masturbating (with a ballot box covering his genital areas) on a couch while watching the Diebold TV. His head is wrapped with an American flag (resembling John Heartfield's photomontage "Whoever Reads Bourgeois Newspapers Becomes Blind and Deaf: Away with These Stultifying Bandages!"), his right hand is holding a TV remote control in a shape of a handgun. There's a sign saying "Patriot Act" in the room. Outside the room is the White House. On the lower left corner a "Not News" logo is based FOX news. When the man reaches his climax the screen turns into the Washington Monument exploding red, white and blue colors from its tip. The end.

"Gas Zappers", a video in which Tin-Kin Hung takes on the subject of climate change and the politics of global warming, will be shown in the second gallery.

Both "Gas Zappers" and an earlier work "Because Washington is Hollywood for Ugly People" starring George W. Bush, his cabinet, and an international cast of world leaders and pop stars, have been shown at Sundance Film Festival in Park City this January. "Washington/Hollywood" is currently on view at The New Museum as a part of "Unmonumental" exhibition (until March 29). In her New York Times' review Roberta Smith wrote that Hung's video is "like the cover of the Beatles' "Sgt. Pepper" album or the credits of the Monty Python television show, with jet fuel." (July 20,2007)

Kenneth Tin-Kin Hung's work is not about "lessness".
Posted by Public Media Institute at 9:05 PM No comments: 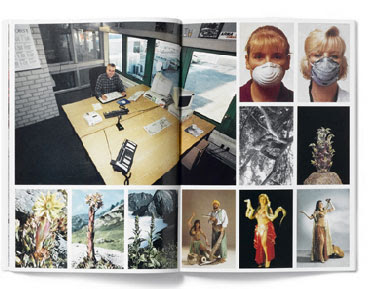 Dutch designers and cultural producers have an edge up on most the planet. The cats who put out Useful Photography are awesome. It's very hard to come up with an original concept and realization for any photo mag or series. these banal pics somehow make this functional, institutional, commercial and found material refreshingly new.
I ran across the project at the Atheneum bookstore in Amsterdam but didn't get a copy. Am hating myself for that. all copies are sold out.
Posted by Public Media Institute at 3:25 PM No comments:

Some nice street art by Candy Chang.
"While doing some habitual walking and thinking one morning, Candy thought it would be nice to have some help along the way. Pedestrians in the city often find themselves walking in deep thought. A routine trip can prompt reflections on everything from future goals to last night’s dinner conversation. As people sacrifice personal time for hectic schedules, these casual occasions for reflection become all the more important. Sidewalk Psychiatry encourages self-evaluation in transit by posing critical questions on the pavements of New York City. Now your daily ponderings and emotional problems can be prodded and treated on the go - and, best of all, it's free of charge!"
Posted by Public Media Institute at 3:21 PM 1 comment: