re: Independence: Spinning the Honduran Coup 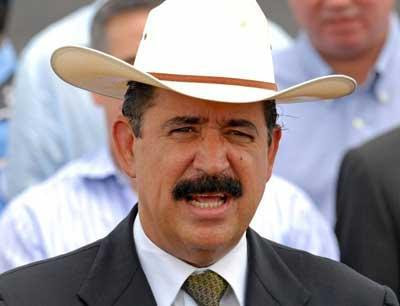 Read or listen to the mainstream media these days and you get the impression that Sunday’s coup in Honduras was all about a simple disagreement over the constitutionality of presidential term limits. But as the coup unfolds it’s becoming clear that the authorities want something more: the restoration of Honduras’s conservative political order and an end to President Manuel Zelaya’s independent foreign policy which had reached out to leftist countries like Cuba and Venezuela.
more>>
Posted by Public Media Institute at 1:07 PM